Daniel Plum and Maximilian Raisch won the German Championship of Master Bakers. The Zentralverband des Deutschen Bäckerhandwerks e.V. (central association of the German bakery trade) organized the championship in search of the best bakers in Germany for the third time. The championship was held at the iba 2015.

After the preliminary rounds, the best four teams competed against each other. The competitors were asked to arrange a table of products they had previously baked live before the very eyes of the trade fair visitors in identical ovens of WP BAKERYGROUP. As a highlight of the presentation they also presented one masterpiece each. The jury then judged the tables and tasted the baked goods.

After third place at the European Championships, Plum and Raisch were now also able to convince the jury with their ingenuity and distinct sense for modern bakery products. The jury consists of the German national baking team – professionals who have successfully represented Germany in international competition in the past years.

The winners now can look forward to becoming a member of the national team themselves. Besides the winner's certificates and medals, their win has also earned them a place in the team.

Wolfgang Schäfer, vice president of the Zentralverband des Deutschen Bäckerhandwerks e.V.: "Great performance! We are delighted to have such creative young people in the German bakery trade!"

WP BAKERYGROUP – that had provided the equipment for championships – was among the first to congratulate, next to the runner-ups Johannes Dackweiler and Michael Gauert of Hercules bakery in Düsseldorf. Jürgen Horstmann, partner of the group of companies, on his commitment: "Every day we work on innovations for the bakery trade – and we are therefore particularly proud to be supporting this competition."

Daniel Plum and Maximilian Raisch will be at the next iba as well, this time on the other side of the competition: as members of the jury and of the German national team. 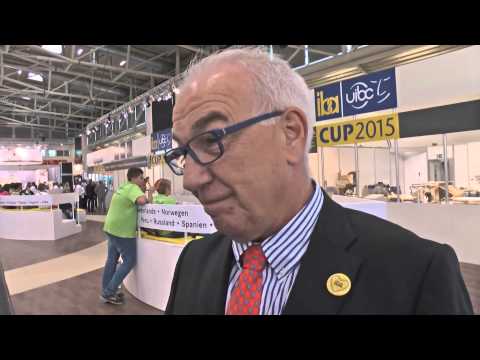 Do you want regular information about WP products and innovations?